We all know what sour patch kids are. You may love them or hate them but you will always eat just a few. Did you know they can be purchased in 5-pound bags? Neither did we. Let’s explore all the ways we can purchase sour patch kids and find the best price.

How to buy Bulk Sour Patch Kids? Sour Patch Kids are a sour gummy candy coated in sugar and shaped sort of like a kid. They can be purchased in 5-pound bags, 1.9-pound bags, 14oz bags, 8oz bags, and 2oz bags. Amazon is the best place for bulk purchase but other online candy stores sell them also.

Sour Patch Kids are the best! Sweet, Sour Sticky, sugary and vegan. What more can you ask for?  Ordering them in bulk? Well, we have you covered.

The kids are available in 5 colors/flavors

We reviewed them in sizes that are most easily found online.

We sat down and did the math to figure out which size of Sour Patch Kids is the best value.  What we found was a little surprising.

Lets take a look at all the numbers.

Sizes range from 5 pounds down to 2oz. Even though 2oz is not that big you can order them in bulk. Here are the sizes we were able to find. This is the biggest size of sour patch kids we can find. It is one 5 pound bag of your favorite sour treat. For those who like other units, that is 80oz or 2,260 grams. The packaging is clear with a black and white label.

This is just pure sour patch goodness with none of the marketing to get in the way. 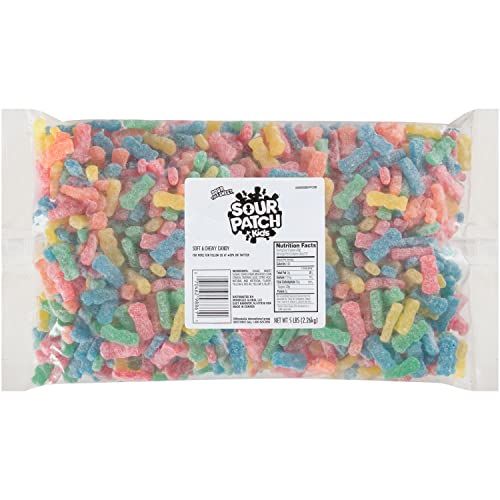 The next size down is the 1.9-pound bag. The labeling shows 1 pound and 14.4 ounces which equals 1.9 pounds. It has the consumer packaging and branding that you are used to. The bag is resealable and perfect to share with friends if you want to. It is labeled as family size and will stand on its own. While no one needs this much candy, giving this to a kid as a present would be awesome! Just the sheer size makes it fun (and tasty). 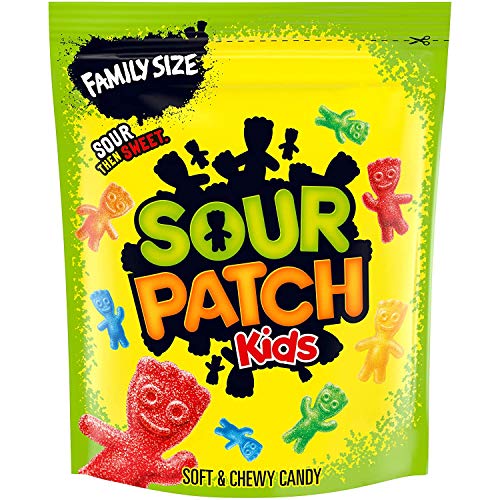 Moving down to the next size we start to enter the reasonably sized bags. This one is 14 ounces which is the size you might see at a grocery store. This site is easy to carry, has lots of kids in it and not over the top. It is still plenty big to share with others and have as many as you need. 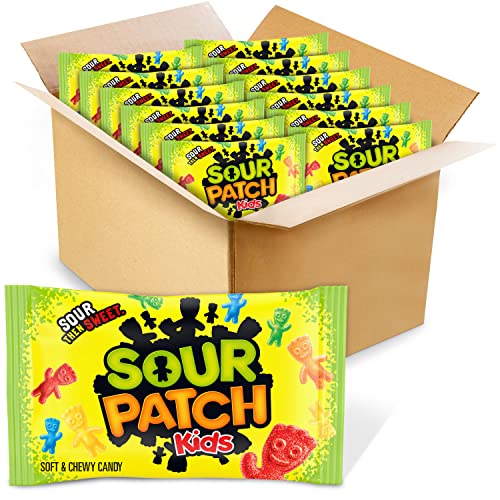 Now at 8oz, we are down to the big personal size. This size you might see at the checkout counter of a drugstore or some movie theaters. All the flavors are there red, blue, yellow, orange and green.

This is the size to share with one other person and still have plenty for your self. 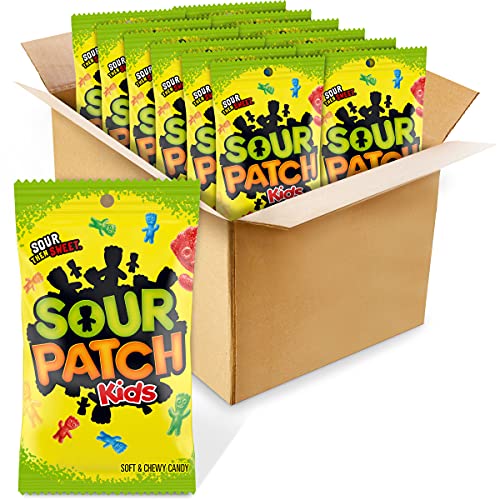 The movie box is 3.5 oz Now we are getting into the individual sizes, you can find this size at target or any movie theater. The packaging is a rectangular box with a clear sealed bag on the inside. 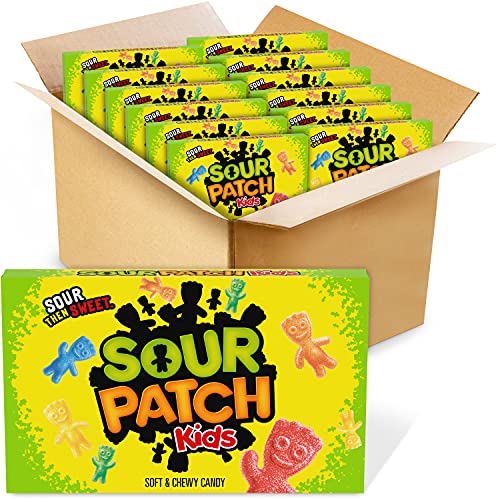 Now we are down to one of the smaller sizes. At 2oz this is the size you will see at the grocery store checkout. It is definitely the size for one person for a treat or maybe for lunch. If it is part of lunch you will have several to trade with friends. 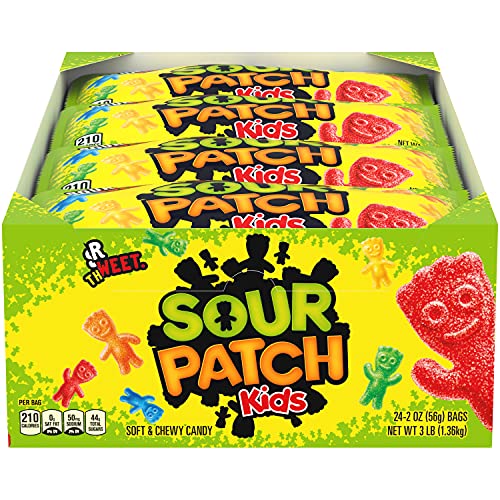 Sour Patch Kids did not start out as Sour Patch Kids. They were originally called Mars Men and first sold in Ontario, Canada in the 1970s. Frank Galatolie was the original creator of the Mars Men.

In the late 70s, Cadbury and Malaco Licorice Company came together to form the Allen Candy Company. The Allen Candy company then manufactured and sold them.

In 1985 they were renamed to Sour Patch Kids to capitalize on the Cabbage Patch Kids trend.

The original mascot and packaging show a little boy with blonde hair and his tongue hanging out. This packaging remained in place for many years. Sour patch kids packaging from the 1990’s. In 1992 a baseball hat was added to the boy and a girl was also added. The 200’s were pretty quiet for sour patch kids, not many changes to the marketing or different flavors being produced.

In 2010 the candy mascot changed to the candy itself and it is at this point that the candy and marketing really comes into it’s own.

In 2018 Fire was introduced. This is a spicy hot flavor, it is usually found in fire only bags.

As you can see there are lots of sour patch kid sizes. If you are really looking for the best price for a bigger volume the 5 pound or 1.9 pound bags are the best way to go.

If you find better prices be sure to put them in the comments.